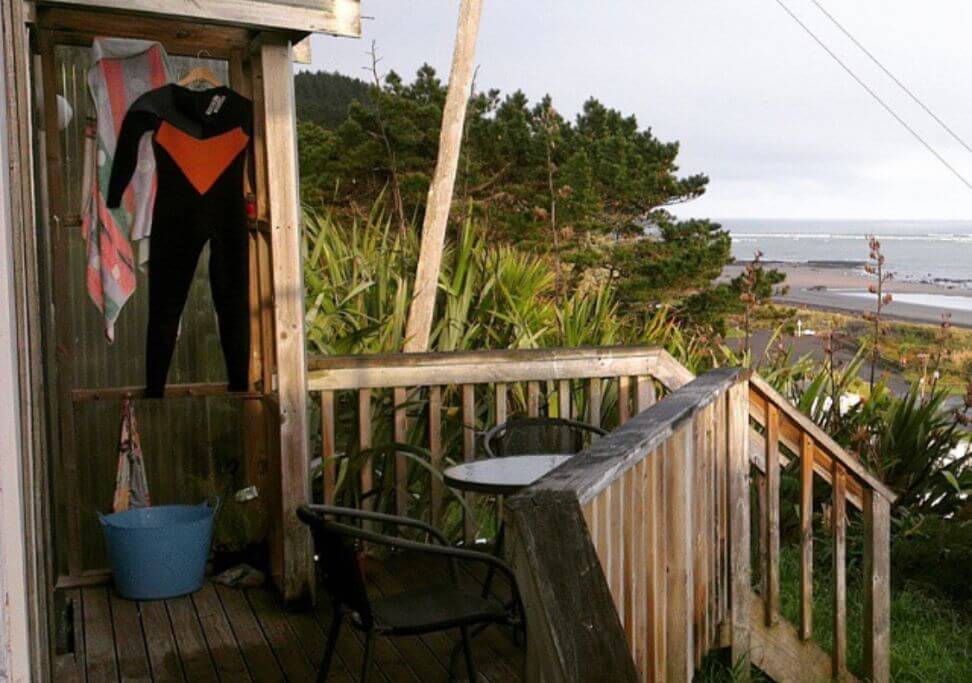 (I just found this piece of writing from January 2019 sitting on the desktop of an old laptop. The ideas still resonate, perhaps more than ever.)

I’ve often joked that I’m a sub-tropical princess. A person raised in the warm, clear waters of Byron Bay in Australia. I joke that I’m spoilt, that my understandings of coastal beauty are forever spoiled by my having grown and lived in a place akin to stereotypical paradise.

But for a long time, I believed it. I didn’t buy my first 3/2 until I was in my 30s. Instead, I weathered our mild winters out in a spring-suit or a long-sleeved vest, sitting in the sea with cold, reddening feet and legs.

In part, it was stubbornness, but it was also due to an aversion to being encased in rubber. I couldn’t stand it! Given the mildness of our winters, more often than not, a 3/2 would induce sweat and overheating and I loathe the feeling of pressure the high-necks put on my throat, the restriction of your movement in the water and the battle to get it off once you’re on the shore.

So when I moved to Whaingaroa (Raglan) in Aotearoa New Zealand I put off buying a 4/3 for as long as I could. The waters of Whaingaroa aren’t icy, but they’re pretty far south in terms of the globe in winter the water is cold by anyone’s measure. By June I found that as I sought waves in the crowd free, winter lineup my muscles would contract, my skin turn red and my teeth would rattle in my head. When I got to shore, I had to high-step to protect my numb toes from scraping unnoticed on the bitumen, and I would battle with club hands as I tried to put the key in the door of my car. It took hours to warm up, and I’m sure I went through unnecessary litres of hot water in my little shower. But even my stubbornness has boundaries.

Once I finally capitulated and bought a heavier wetsuit, I finally came to appreciate the point of them; you can actually go surfing for longer than 15 minutes!

I still struggled with the tightness on my throat, but I began to appreciate the comforting hug of the neoprene and the time I gained in the sea. The sense of protection from fin cuts and rocks, and the added buoyancy when I was in the water. I wouldn’t say these feelings ever developed into love, but they are a genuine sense of appreciation for their role in my surfing life. I remained terrible at getting the whole thing off at the end, to the point where people would be staring at me in the carpark, borderline offering me help. I have a theory that my calves are extra big and that’s why I find it so hard to get the last length of the legs off. Even through that, I appreciated my wetsuit.

But I remained stubborn.

I never bought booties or a hood. Despite rave reviews from my friend that booties are awesome, I decided it was not cold enough for me to give into complete bodily encapsulation, and that a hood was entirely unnecessary in this place.

The truth is, I have come to really like the cold. I like the sense of surfing all year when others stay out of the water for a whole season. I like the way being cold slows me down and makes me more considered in my movements. That I have to be careful to go in before the cold hits my bones; that the weather can impose limits on me. I like that I’m not in complete control of things, but that if I work with a knowledge of the sea I can still surf through the winter.

And so in my time in Aotearoa, I never bought booties or a hood, instead relishing the sharp intake of breath the first dunking brought, and the numbness of my hands and feet when I got to shore. As the climate warms and the chance to be cold seems to be melting, I want to feel that where and when I can.

Because there is always somewhere further south. Or north. There are places where those choices to wait until it’s warmer are gone. I’ve not surfed in those places. At opposite poles of the earth I’ve swum in them – swimsuit clad dips in Scotland in summer were even colder than nude swimming in Tasmania in winter – but never surfed there, but I would, I know I would. And I would wrap myself up in boots and hoods and gloves, and I’d whinge about it but I’d appreciate the protection and warmth, and the help of my friends to get it all off again.

This website uses cookies to improve your experience while you navigate through the website. Out of these, the cookies that are categorized as necessary are stored on your browser as they are essential for the working of basic functionalities of the website. We also use third-party cookies that help us analyze and understand how you use this website. These cookies will be stored in your browser only with your consent. You also have the option to opt-out of these cookies. But opting out of some of these cookies may affect your browsing experience.
Necessary Always Enabled
Necessary cookies are absolutely essential for the website to function properly. These cookies ensure basic functionalities and security features of the website, anonymously.
Functional
Functional cookies help to perform certain functionalities like sharing the content of the website on social media platforms, collect feedbacks, and other third-party features.
Performance
Performance cookies are used to understand and analyze the key performance indexes of the website which helps in delivering a better user experience for the visitors.
Analytics
Analytical cookies are used to understand how visitors interact with the website. These cookies help provide information on metrics the number of visitors, bounce rate, traffic source, etc.
Advertisement
Advertisement cookies are used to provide visitors with relevant ads and marketing campaigns. These cookies track visitors across websites and collect information to provide customized ads.
Others
Other uncategorized cookies are those that are being analyzed and have not been classified into a category as yet.
SAVE & ACCEPT

Moving Oceans is based on custodial lands of Jagera and Turrbal people. We pay our respects to traditional owners of these lands, past, present and emerging. We recognise their ancestral, cultural and spiritual connections to Country and acknowledge their sovereignty was never ceded.
Holler Box
Go to Top